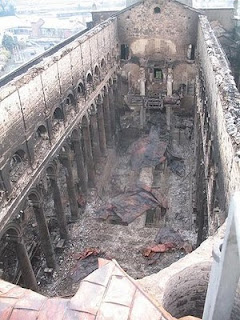 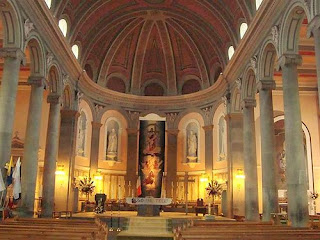 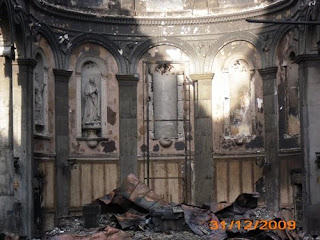 There are hopes that some of the artifacts lost in the Christmas day fire at St. Mel's cathedral can be saved.  it may be possible to reassemble the Harry Clarke Studio stained glass windows and the National Museum have recovered some items from the debris.

Raghnall Ó Floinn, head of collections with the National Museum of Ireland, said there were some important pieces among the 500 or so kept at the diocesan museum at the cathedral. The most important artefacts were the Crozier of St Mel, patron saint of the Diocese of Ardagh and Clonmacnoise, dating from the 10th century, and the book shrine of St Caillin, the patron saint of Fenagh in Co Leitrim, dating to 1536.


From the photographs of the gutted interior The Holy Ghost by Imogen Stuart appears to still be intact on a pillar, however whether it can be restored is not yet clear. Unfortunately quite a lot appears to have been lost, with the hope of recovering whatever they can Ó Floinn, concluded “at least a fragment of something is better than nothing.” 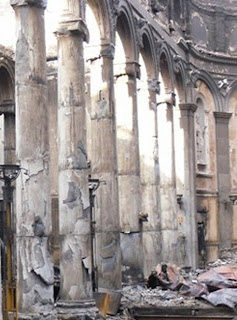